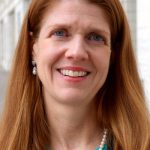 Berlin brings extensive experience in education leadership, having served since 2013 as executive deputy commissioner of NYSED, before being named interim commissioner this year. She also previously served as acting commissioner in 2015. In her role, she managed the day-to-day operations of the Education Department, overseeing more than 700 school districts with 3.2 million students. 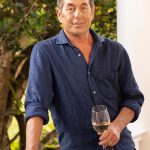 Napa Valley Vintner Joseph Carr was called “A producer to watch” by the New York Times, and has been featured in Forbes, The Wine Spectator and Esquire. Josh Cellars is the number-one growth brand in the United States, and achieved over a million cases sold in the shortest amount of time in the history of California winemaking, at this price point. Mr. Carr is originally from upstate New York and attended SUNY Geneseo from 1978-1982 and again in 1989. He most recently was awarded an Honorary Doctorate Degree from SUNY Geneseo and has spoken at Harvard Business and Law School as well as the Wharton School of Business and the Culinary Institute of America, among others. Mr. Carr came from a blue-collar lumber mill town 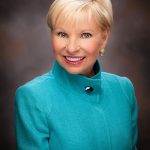 Lauren Dixon oversees a full-service marketing communications firm with 111 employees and billings in excess of $40 million.  She has full responsibility for agency performance, including bottom-line factors such as long-range strategic planning and company vision and culture.  Lauren builds and provides day-to-day general and strategic oversight of a growing roster of more than 75 clients.

The agency culture and leadership have been recognized with national awards including being named one of the “Best Small Companies to Work for in America” for fifteen consecutive years, including ranking #1 twice. In addition, Dixon Schwabl was ranked No. 1 Marketing Firm to Work for in America by the consulting firm Great Place to Work® and Fortune magazine in 2016.

Inc. magazine and Winning Workplaces honored Dixon Schwabl with the 2010 Top Small Company Workplace Award, and that same year PR News named Dixon Schwabl one of the Top Places to Work in PR — a national award the agency won again in 2012, 2013, 2014 and 2016.

In 2013, Lauren and her husband, Mike Schwabl, were inducted into the Rochester Business Hall of Fame. They have four children, three of whom are actively involved in the agency. In 2001, Lauren was named Rochester’s Small Business Person of the Year. 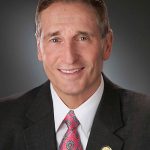 Rochester native Robert Duffy has led the Greater Rochester Chamber of Commerce since 2015. Prior to this, he served as New York’s Lieutenant Governor in Governor Andrew Cuomo’s administration from 2011 to 2014. He previously served as Rochester’s mayor from 2006 to 2011 and as its police chief from 1998 to 2005, when he resigned to run for mayor. He joined the Rochester Police Department in 1976.

During his tenure as mayor, Mr. Duffy was widely recognized for reducing the cost of government, improving services, lowering tax rates, and attracting millions of dollars in private-sector investments.

As lieutenant governor, he chaired the Regional Economic Development Councils aimed at rebuilding New York’s economy and positioning the Empire State to be a global economic leader. He also served as chair of the Spending and Government Efficiency Commission, overseeing efforts to make New York’s government more modern, accountable, and efficient, and played an instrumental role on the governor’s Mandate Relief Council. He chaired a series of statewide mandate relief hearings, which sought input from local government officials and constituents on the statutory and regulatory burdens faced by local governments and school districts.

In 2012, the National Ethnic Coalition of Organizations awarded him the Ellis Island Medal of Honor. The medal honors notable American citizens who demonstrate a life committed to community service.

Duffy holds two degrees from Monroe Community College, a bachelor of science from Rochester Institute of Technology, and a master of arts from the Maxwell School of Citizenship and Public Affairs at Syracuse University. He also serves on a variety of boards, including SUNY’s Board of Trustees, Chairman of the AIM Photonics Leadership Council, Center for Governmental Research, Business Council of New York State, AVANGRID, and Visit Rochester. He also serves as co-chair of the Finger Lakes Regional Economic Development Council. 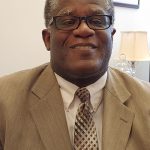 Dr. Calvin Gantt has over 20 years of higher education experience at both 2-year and 4-year institutions. Dedicating his career to issues of diversity, equity and inclusion, he most recently served as Director of the Educational Opportunity Program at Binghamton University. Prior to that he was the Director for the Access Opportunity Program at SUNY Geneseo. Currently, he serves as Chief Diversity Officer at Monroe Community College, where he oversees the Diversity, Equity and Inclusiveness departments which consist of DEI, Title IX and the PRISM Multicultural Center.

Dr. Gantt received a bachelor’s degree from Binghamton University and a master’s in Counselor Education from SUNY Brockport. He then earned a doctorate in Higher Education Leadership from the University of Rochester. In his free time, Dr. Gantt likes to travel, putter around in his garden and spend quality time with his three grandchildren. 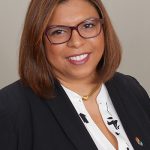 Brenda Jimenez’ expertise in fund development, board development and organizational management has supported non-profit executives and boards of directors in transforming their organizations by increasing their reach and impact.

Brenda joined MENTOR New York five years ago as its Director of Operations and Growth Strategies. During that time, her efforts resulted in raising an additional $2.3 million, expanding staff capacity and efficiencies, and developing quality controls and processes that support the organization’s sustainability. She developed a clear tactical growth strategy that resulted in the organization deepening its services within New York City and Long Island while expanding its services across Upstate New York. Her work has ensured that an additional 35,000 children across the state are engaged in mentoring relationships.

Brenda’s commitment to women’s and children’s issues has steadily remained a focus in her service to the community and a catalyst to her professional choices. Prior to joining MENTOR New York, she was Associate Director of Agency Development for Big Brothers Big Sisters of America (BBBSA)’s northeast region. She also worked for Girl Scouts of the USA as a Volunteer and Diversity Resource Development Consultant, where she helped manage a $1.9-million-project that aimed to explore systems for recruitment and retention of volunteers. She began her career as a Development Director for the United Way of Essex and West Hudson, where she helped raise close to $3 million during her tenure. 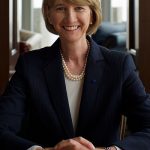 Dr. Kristina M. Johnson joined The State University of New York as its 13th chancellor in September 2017. Immediately prior to joining SUNY, Dr. Johnson was co-founder and CEO of Cube Hydro Partners, LLC, a clean-energy infrastructure company focused on building and operating hydropower plants in North America. She also previously served as Under Secretary of Energy at the U.S. Department of Energy.

Dr. Johnson served as provost and senior vice president for Academic Affairs at Johns Hopkins University from 2007 to 2009, and as dean of the Pratt School of Engineering at Duke University from 1999 to 2007.

Dr. Johnson received her BS, MS, and PhD in electrical engineering from Stanford University. After a NATO post-doctoral fellowship at Trinity College in Dublin, Ireland, she joined the University of Colorado-Boulder’s faculty in 1985 as an assistant professor and, later, full professor. 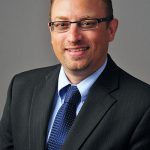 Todd Oldham is responsible for leading MCC’s initiatives to support regional workforce development with academic and non-credit workforce and career technical education. His roles within workforce and economic development have spanned the university and community college at both public and privately funded institutions in California, Washington State and New York State. 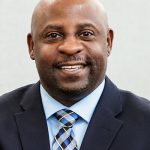 Stephen Tucker is the inaugural President & CEO of Buffalo’s Northland Workforce Training Center responsible for the management, oversight and day-to-day operations of a new, 80,000-square-foot facility focused on training and preparing Western New Yorkers for careers in advanced manufacturing and clean energy. Mr. Tucker, a veteran of the United States Air Force, previously served as Assistant Executive Director with Partners for a Competitive Workforce and the Vice President of Workforce Development with the Urban League of Greater Cincinnati.

Mr. Tucker assisted with the implementation of the United States Chamber of Commerce Foundation’s (USCCF) Talent Pipeline Management (TPM) Strategy in collaboration with Northern Kentucky’s Advanced Manufacturing Workforce Development Coalition, the development of Gateway Community College’s Enhanced Operator Certificate Program, and developed an accelerated hybrid apprenticeship program in Cincinnati for machine operators and welders. This project was featured in a report published by the National Network of Sector Partners.

Mr. Tucker also assisted with the development of an automated Return on Investment Calculator, sponsored by the National Aviation Consortium. He also co-authored the Close the Skills Gap Ohio, Kentucky, Indiana Tri-State Regional Manufacturing Report, published by the Manufacturing Institute.

His educational achievements include an MBA from Indiana Wesleyan University, a Bachelor’s of Science Degree in Criminal Justice from Wilberforce University and an Associate’s Degree in Business Administration from the University of Cincinnati. Mr. Tucker is a Murano Fellow as a graduate of the Aspen Institute’s Sector Skills Academy and an Adjunct Business Professor at Central State University and Cincinnati State Technical & Community College.