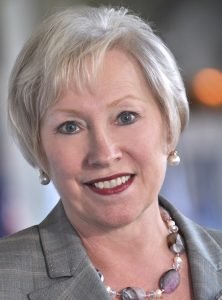 In June 2009 Nancy L. Zimpher became the 12th Chancellor of the State University of New York. With nearly 463,000 students and 64 colleges and universities, SUNY is the nation’s largest comprehensive system of higher education.

Through her strategic plan for the university, The Power of SUNY, Chancellor Zimpher leads a diverse set of successful initiatives in several key areas, including research and innovation, energy, health care, global affairs, and the education pipeline. She has been a vocal advocate for groundbreaking legislative reforms that ensure SUNY can provide broad access to high-quality higher education in an environment of declining state support, while maximizing the system’s impact as an engine of economic revitalization in every region of the state.

Under Chancellor Zimpher’s lead, SUNY is undertaking many innovative, system-enhancing initiatives—including shared services, dramatic expansion of online learning opportunities and cooperative education, and new partnerships with K-12 professionals—always with the goal of optimally serving New York’s students and communities and preparing them to succeed in the 21st century.

Chancellor Zimpher is active in numerous state and national education organizations, and is a recognized leader in the areas of teacher preparation, urban education, and university-community engagement. She currently serves as chair of the Board of Governors of the New York Academy of Sciences and the National Association of System Heads. From 2012-2013 she was chair of CEOs for Cities, and from 2005 to 2011 she led the national Coalition of Urban Serving Universities. As co-founder of StriveTogether, Dr. Zimpher has been instrumental in creating a national network of innovative systemic partnerships that holistically address challenges across the education pipeline. 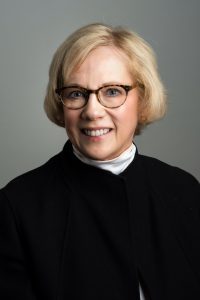 Barbara currently serves as Senior Philanthropic Advisor in the Division of Philanthropy and Alumni Engagement at the University at Buffalo. She serves on the division’s senior leadership team and focuses on raising principal gifts university-wide as well as coaching and mentoring development staff. She has also served as Associate Vice President for Development and Alumni Relations on behalf of six of the University’s graduate schools.

Prior to her tenure at the University at Buffalo, Barbara spent nine years in Foundation leadership positions for area hospitals. She was the Founding Executive Director of the Kaleida Health Foundation and has held senior development and marketing positions at regional cultural organizations. She is a Certified Fundraising Executive.

Barbara’s relationship with SUNYCUAD began in 2007 when she was elected to the Board of Directors. She was named Treasurer of the organization in 2008 and developed a financial model and accounting system to ensure that funds were being managed in compliance with standard accounting practices.

She served as chair of one of the first state-wide development workshops which was held in Albany in 2009 and was a financial and programmatic success.

In her role as Treasurer, Barbara’s office processed all of SUNYCUAD’s financial transactions and handled all business matters including review and approval of conference contracts, insurance policies, conference registration and membership dues renewal and speaker reimbursement.

In 2010 she introduced SUNYCUAD to the University at Buffalo events management system which streamlined the conference registration and membership renewal financial transaction process and provided professional on sight conference management. In her last year on the SUNYCUAD Board, she developed a financial and business policy and procedures document for the Board of Directors.

Perhaps most importantly, Barbara consistently demonstrated a tireless work ethic and fearless approach in challenging times when the necessity of providing financial support to the organization through traditional institutional sources was called into question.

Barbara has served on the boards of numerous community organizations including the YMCA, Canisius College Wehle School of Business, Buffalo Arts Studio, and St. Paul’s Episcopal Cathedral. She is a member of the Buffalo Rotary and The Buffalo Club. Her professional affiliations include the Association of Fundraising Executives, CASE, Association of Healthcare Philanthropy, American Association of Museums and State University of New York Council for University Advancement. She has served as adjunct faculty at Canisius College.

She holds a BA from Buffalo State College, and an MS from Canisius College. Barbara has a Graduate School of Management Institution Certificate from Vanderbilt University, a Certificate in Planned Giving from John Brown Limited and a Certificate in Negotiation from Harvard School of Business. She is also a graduate of the Association of Fundraising Executives Training Academy. 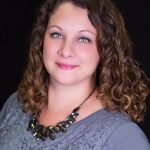 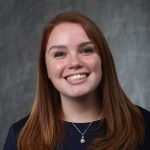 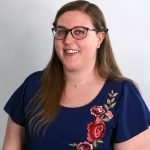 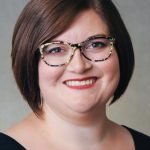