News: Getting to Know You… 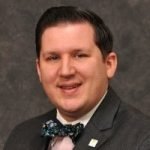 Michael Mancini knows a thing or two about building great work relationships. As chief of staff at SUNY Empire State College, Michael serves as an integral link between the Office of the President, other administrative offices and the entire college community. He oversees proper functioning of all president’s office administrative activities, supervises its support staff, coordinates communications and oversees college-wide administrative policies and procedures. For Michael, cultivating and fostering meaningful and productive relationships with faculty, staff, alumni, government officials, colleagues and community partners is more than a job responsibility; it’s a core value.

We asked him to share his thoughts on why it’s important for all of us to sharpen our relationship-building skills and offer some specific tips on how to go about it.

Michael, what does the term relationship building mean to you and how does it pertain to your work?

Michael:  To me relationship building has to be genuine. You can’t build a relationship with someone because you know you’re going to need him or her down the line. You have to genuinely want to build that relationship. And you have to be willing to be collaborative and willing to come to the table with what needs to get done. You also can’t just develop a good relationship with one person and treat everyone else poorly. If it’s clear that your intentions are disingenuous, it just won’t work. You may still get things done, but it won’t actually be viewed as you wanting to be a partner in whatever it is you’re working on.

Is there anything different about building relationships in higher education than in other industries or fields?

Michael: I think it’s a bit more nuanced in higher education. I think higher ed institutions, much like hospitals, are a bit more flat in reporting structure. For instance, the president of a university wouldn’t necessarily know how to be a biologist, but s/he has to help the biology department understand its connectivity to the whole. I can’t walk into a room and tell someone how to do their job unless I have that shared competency. So to me that’s what’s different about working in higher ed rather than working in a corporate entity where sometimes it’s a little more top-down. Communication has to be a bit more nuanced in our field.

Also, the rhetorical nature of higher education requires a certain way of approaching things. In higher ed, the art of the debate in honed. That is a skill set faculty and staff really value. That’s the nature of the college or university environment. It’s a questioning, skeptical environment, which is good. It’s what we teach our students.

How would you distinguish relationship building from networking?

Michael: I think to be a good networker you have to understand relationships. But networking fundamentally is self-serving, and that’s fine. You’re networking to advantage yourself or your career. I build relationships because it helps further the college. It serves me in my role but I don’t necessarily do it for my own gain. I do it because it helps progress the college. If I’m not able to get along with people or work with people, I won’t be able to advance the president’s or college’s agenda. Probably the skills that are needed for both are similar. To me networking seems a bit more outside of work. It affects your career broadly. But I consider relationship building to be part of my job.

How can we all become better relationship builders?

Michael: I think it gets back to the genuineness of the relationship. There are times when you’re working on something, it’s just the other person’s current reality, life or whatever, that he or she needs a little bit more for a variety of reasons. You’re willing to give a little bit more because you recognized that this person generally will give you a hundred percent, but for whatever reasons they need to step back a little bit, be it personal or whatever — maybe they’ve lost someone in their division. It could be anything. You’re willing to give a bit more because of that. And I think that’s where the genuineness comes in. It’s that ‘I’m not doing this for you to owe me something later. I’m doing this because we have a good working relationship and I recognize that you need a little help right now so let me give a little more.’  The balance isn’t always 50/50. That’s the sort of thing that many people appreciate and recognize. Your work with them is genuine and your respect for them is genuine. That’s important because otherwise it just seems clinical and no one wants that.

Does working within the SUNY system offer unique opportunities for relationship building?

Michael: I think so. This is the third SUNY school that I’ve worked for. In working with other SUNYs, you have a pool of people you can go to for resources. We have a sort of affinity for each other. Working for SUNY, we sometimes talk the same language. We have some of the same realities.

What’s your best advice on how to become a better relationship buider?

Michael: You have to be responsive. Literally! If someone contacts you, make sure you return his or her call or email. Be responsive in a way that’s helpful — even if it’s not something that person might want to hear. If you’re answering the question you’re asked, you’re responding the best way you can.

Be honest. When things are not going to be the way the receiver wants, you still need to be honest about it. They have to trust that what you’re telling them is the truth.

Be humble. When you make a mistake or when you’ve done something that might jeopardize a relationship, you need to accept responsibility, apologize or confront when you feel there might be something on the other end that might not work for you.

Don’t look to be a winner in a situation and don’t look for the loser. Sometimes, particularly when you are in a meeting and starting a new project, you have a really great idea that you’ve been thinking about for years and find yourself with an opportunity to tell the world what you think. Maybe at the end of the project that idea gets there or doesn’t get there. The point is that if the project or initiative is moving forward, that is the goal. The goal isn’t how you yourself see, or, I should say, how other people see your idea in the final project. That doesn’t work. Don’t try to tell everyone you’re a winner and don’t try to point out the losers because over time people are going to isolate you and not going to want to work with you.

Michael Mancini is a former member of the SUNYCUAD Board of Directors. You can contact Michael with questions  or comments via email at michael.mancini@esc.edu or on Twitter at ‪@SUNYEmpireGov.